Philippians 4:6 “Be careful (anxious) for nothing”

In Nigeria today, it seems like an impossibility not to worry. Many are roaming the streets looking for jobs and almost every other day you hear of kidnapping, assassinations and all forms of thuggery. But I have noticed that most times when we worry, our focus is on the problems and we never remember the God has solutions to problems even the toughest that come our way. The second part of our text today says ‘but in everything by prayer and supplication, with thanksgiving let your request be made known unto God.’

God is not only asking us to hand over our problems to Him, but this is to be done with thanksgiving because there is a hundred percent reassurance that He can contend with whatever comes our way. Has He not promised that He will be with us always? He has freely offered to come to us and then He said, ‘call upon me in the time of Trouble and I will answer you.

On many occasions when I have been consumed by anxiety, the end of the story has pointed to the fact that it was not worth it after all. When our second daughter was about a year old we forgot to feed her because she slept early. She woke up later in the night and began to cry. All efforts to pacify her failed. Since I could not tell exactly what her problem was I began to panic. Have the witches I have heard so much about attacked her?

In my anxiety I decided to take her out to the sitting room because I thought she might be safer there. But that only increased the volume of her crying. In desperation, I began to pray, ‘Lord, deliver my child from whatever or whoever is troubling her.’ Suddenly she stopped crying and pointed at the refrigerator. When I did not move she started to struggle. As I moved closer to the refrigerator she stopped crying and pointed to the loaf of bread on it. It was then I remembered she had not eaten that evening. If I had prayed when she started crying I believe I could have saved myself from all the hassle and tension.

If God is your God and numbers the hair on your head, don’t you think He deserves your trust? He is our refuge and strength, a very present help in trouble. 2 Corinthians 10:5 “Casting down imaginations and bringing into captivity every thought…..”

‘You can’t win a battle as long as your problem is the biggest thing in your life,’ says Gloria Copeland. King Saul could not fight Goliath because he did not realize that God was much bigger than the giant. David refused to be threatened by Goliath’s size and killed him with a mere sling. He cut off the giant’s head with the very sword he threatened Israel with. In life you cannot overcome any problem you have allowed to overwhelm you.

I learnt this lesson a few years after I got married. My husband had to school in the USA and a few weeks after, our son became sick. His sickness could not be diagnosed even after we spent one week in the hospital. It appeared the more love and care I lavished on him, the worse his condition became. The absence of my husband made it a crushing situation. I had no man to turn to, no husband to share the burden with. It came to a point that my day and night were absorbed by this one problem. I forgot that God had promised to be my burden bearer and was ready to help out if I called upon Him. You cannot serve both God and your problem. Jesus counselled us not to take thoughts for our life. In other words, we should not allow the cares of life to crush us. Rather as Prophet Isaiah advised, we must forsake our thoughts and take God’s thoughts. God has plans to contend with whatever contends with us. Jesus became man that we may have life and have it more abundantly.

Do you want deliverance from your problems? You must quit serving them. Hand them over to the Master. Don’t allow them to consume your thoughts of life! Don’t wait until circumstances change to do it. Instead realize that circumstances won’t change until you switch from wrong to right thinking. Our son did recover when I refocused on God, believing He is my refuge and stronghold. That same God can do the impossible.

Dr Uma Ukpai- Peace in the Midst of Storm 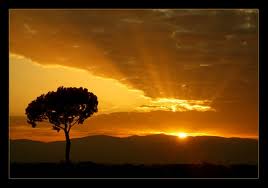