The moment any man is born again, he is ushered into the commencement of his journey to his destiny. God will show you what to do and how to do it. God will enrol you into the school to allow you actualise and explode into your destiny. It is so important that you get wisdom from God. One time I bought a 24 plot property for the expansion of the work of God and a man took me to court and said 2 of the plots were his. At night God woke me up and said Uma hire that man as your lawyer that is the only way you can win this case. And I said to God Father I will look like an idiot, he took me to court and God said I know, go to him. And I said Father this contradicts common sense. And God said to me, my foolishness is more than your wisdom, obey me. I went to the man and said Sir, I have come to brief you that you will be my lawyer. And he said to me, Uma I thought you are a religious man, I never knew you are stupid. I said to him, God calls the foolish things to confound the wise. I am both foolish and religious.

Men and brethren, I don’t care what your problem is; every Goliath has an unprotected forehead. And there are fives stones already positioned to bring down your Goliath. And the man said to me, there are 24 plots, pay me for the equivalent of 4 plots instead of the initial 2 plots and keep the land so we don’t go to court. He said he wanted cash, so I gave him money for 4 plots of land.

I declare that the walls of your Jericho that has been prayer resistant shall now collapse. May you be celebrated as we enter the last month of 2012. Be inspired that you are called to be a partaker of Abrahamic blessings because God does not call the qualified he qualifies the called.

My Problem Sit Down! By Pastor Mrs Uma Ukpai 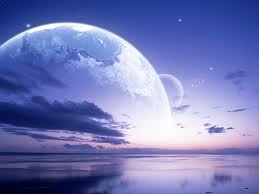