There were several mysteries surrounding my life; some of which I cannot explain till today. I was fasting for seven days when a man saw me and stopped me and said you are going to be a preacher, you are going to have eight children but two will die in a motor accident, you will go as far as building schools and you will cross all the continents of the world.

Two months before I lost my two children in an accident, God has spoken to me. God had told me on that day, Uma I won’t answer your prayers. I want to test you and know how you love me. As early as 5.00 a.m. that morning, armed robbers came to my office. I used to have the best office east of the Niger in 1985. I had a printing press and my manager was a white American girl. When all my office equipments were removed, God told me to forgive the robbers and on no account should I collect back the stolen items; leave those things to them as a gift. I told my wife the next day.

On our way to a crusade in my village, my driver carrying my children and a cousin drove into a river. I attempted to bring the children out, not knowing that my wife also jumped into the river behind me and water carried her, threw her up six times. It was at the seventh time that somebody called my attention to her. I used one hand to swim and the other to hold her and brought her to shore. I rescued the children later.They had died; because a child stays under water only for two minutes. I put them in a car to pray for them, but an oncoming car from the opposite direction drove into the car and smashed it. The bumper flew out, the bonnet flew out. I stopped and I was pacing up and down, not knowing what to do next.

Just then, somebody ran to me, grabbed me and said my 50-sitter bus carrying my band had caught fire. He was not sure how many people died in the accident. I was composed because God had warned me. I didn’t make those children. God gave them to me. All that I had, now have and will ever have is given by God. And His will is supreme. When I proceeded to the crusade venue to preach, people were asking me what will you preach? We have been driving on that same road for years and that driver had been my driver. If God, over the years, protected us and decided to lower the hedge one day, why should I protest? So, I marched on!

But I was shocked in 1982 while preparing for Greater Ibadan for Christ Crusade. God said to me, for handling that case well, you will be seen everywhere. He said; I will detail 100 angels to be with you wherever you go in the world.

Our problem is greed to hold on to those things we have. Even pastors go about talking about their churches; no pastor has a church. They all belong to God. No matter what you went through last year, no matter what the enemy dished out to you in the old year, today offers you a fresh start. It is not over until it is over. Some sins may have overwhelmed you; God says in Isaiah 43:25, as long as Jesus poured out His precious blood to atone for those sins, He will not remember them or any other shortcomings. Our Goal must be forward ever, backward never.

The land God gave the children of Israel was neither flat nor monotonous. It had hills and valleys and you need both. Sometimes you may have to climb some mountains; you must persevere to get to the crest. It is here that we discover not just the finger of God but taste His goodness. From here we will have a clear view of what life is all about. In Job 42:5, Job gave us the summary of his valley experience ‘I have heard of thee by the hearing of the ear, but now mine eye seeth thee’. In going through the valley of tears Job discovered God anew. He went through the tunnel but he came out knowing God’s faithfulness and awesomeness. Despite all he lost, God was there and would not allow Satan go beyond his brief. God brought Job out stronger and richer than the enemy had imagined. So will God give you victory as you stand on all the declarations He has made over your life. 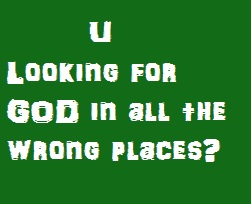 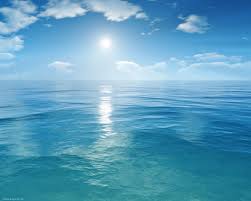 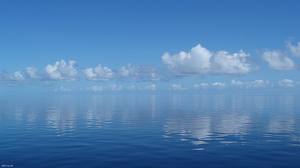